Here are the family members which make up the Waller – Warren Family Clan! I’ll aim to make a better one soon.

We all descend from George Frederick Carl Waller and Blakeley Warren (either one side or both). 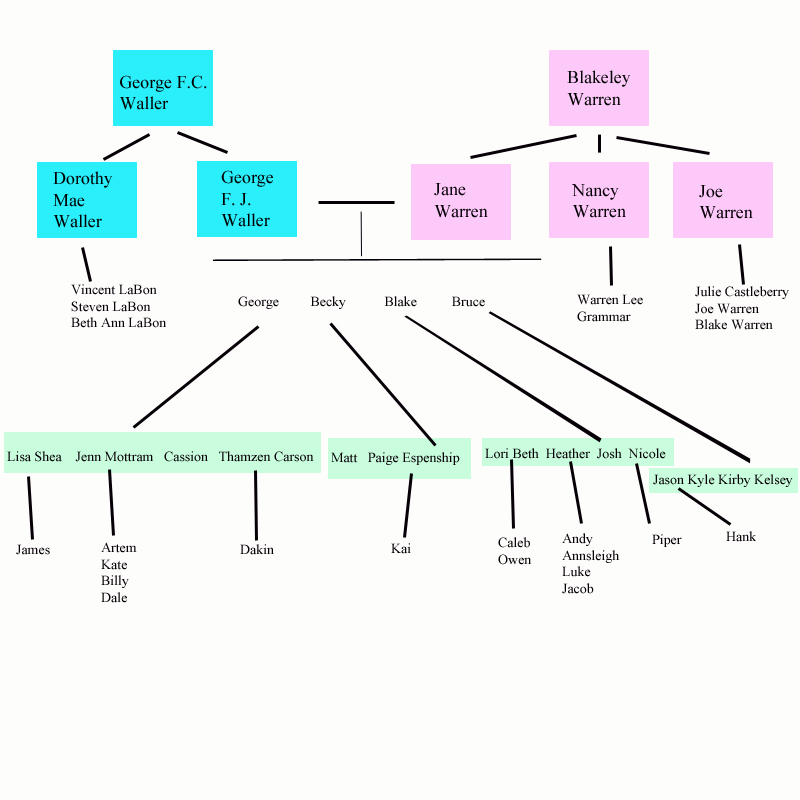 From Julie Castleberry: Your great Uncle Joe died while still on active duty as the CO of Beaufort Marine Corps Air Station in 1966. He was a WWII and Korean War veteran.