This photo was supplied by Becky Waller Hall. George Waller feels it was taken around 1909. The man in the top left is George Frederick Carl Waller, my great-grandfather on my father’s side. He would have been 16 in this photo. He was a talented painter and for example painted this watercolor in 1909 – George F. C. Waller Watercolor Painting 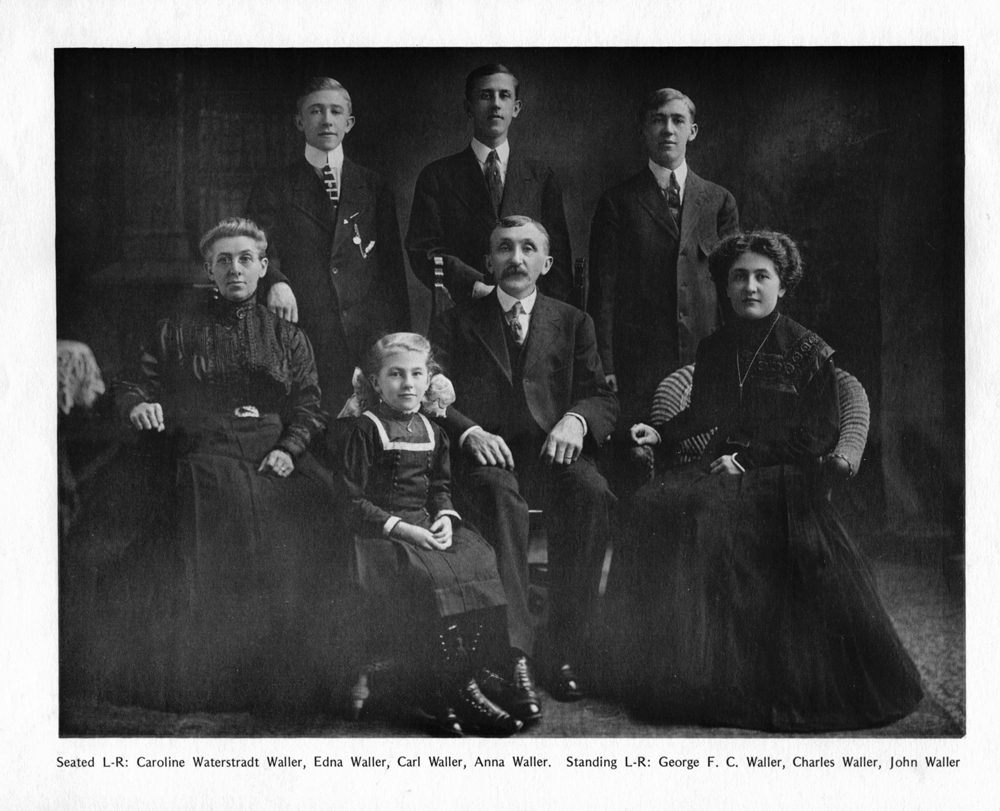 Let me know if you have any memories of any of these people!