This silver coffee / sugar spoon was made by the Webster Company of North Attleboro. It has a small bowl. The handle has a lovely open-hole pierced design with the top almost resembling a heart.

The mark on it says Sterling and then it has an arrow with the letters CW. This was the silver mark used by the Webster Company of North Attleboro, Massachusetts. I (Lisa) lived in North Attleboro for two years :). I lived there when my son was born (although we went to a hospital in Providence for the actual birth).

The Webster Company was founded in 1869 by George K. Webster, and at the time it was called the G. K. Webster and Company. After he died in 1894 the company simply became the Webster Company. They were known for making things for babies and also elegant home items. In 1950 they became a part of Reed & Barton. In 2015 the original buildings were in such bad shape that they were collapsing on themselves and were taken down.

This item is currently in the possession of Jennifer Waller Mottram. 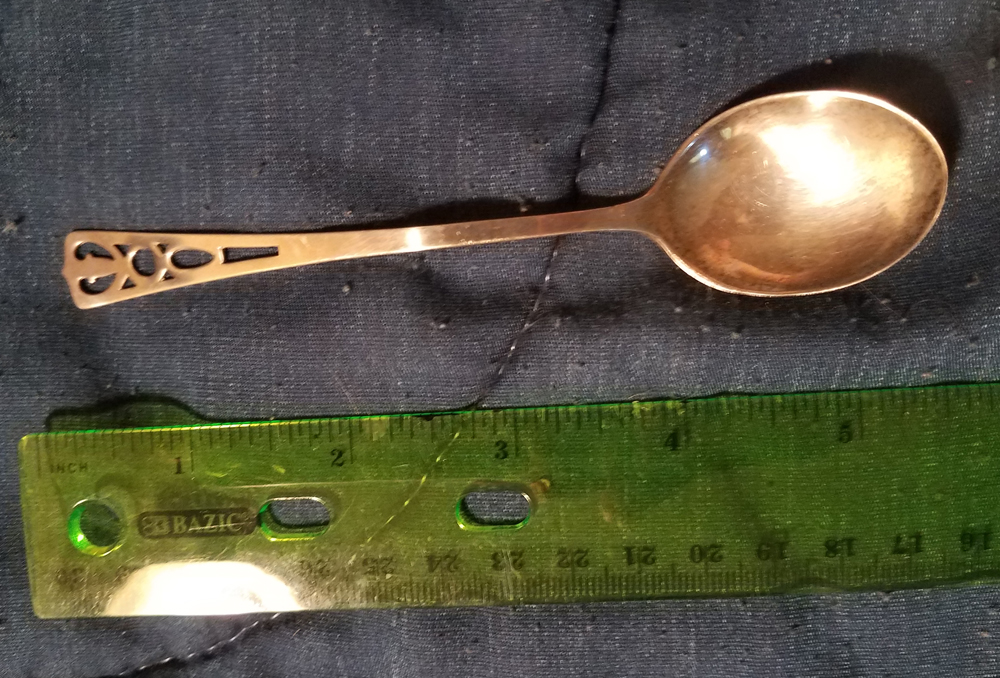 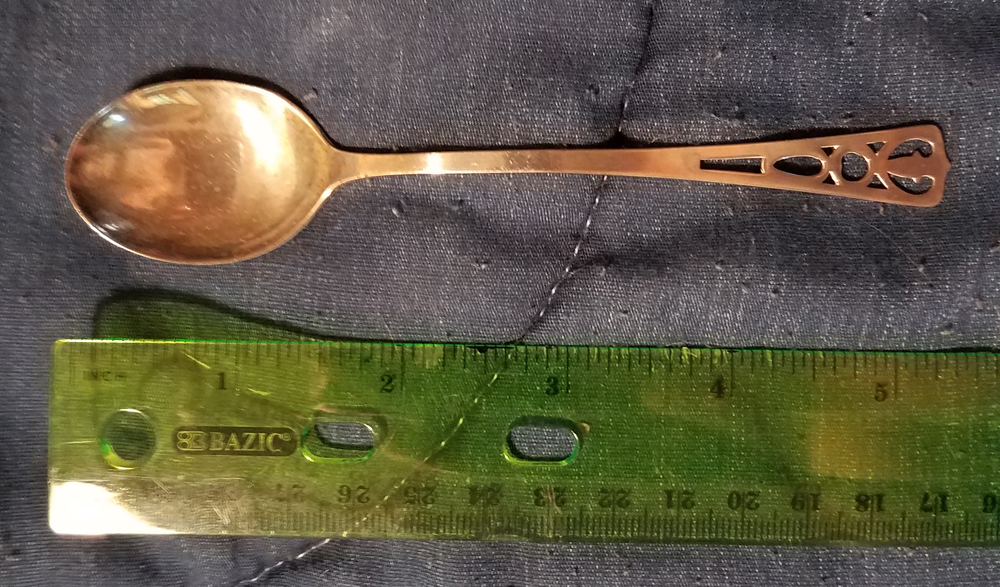 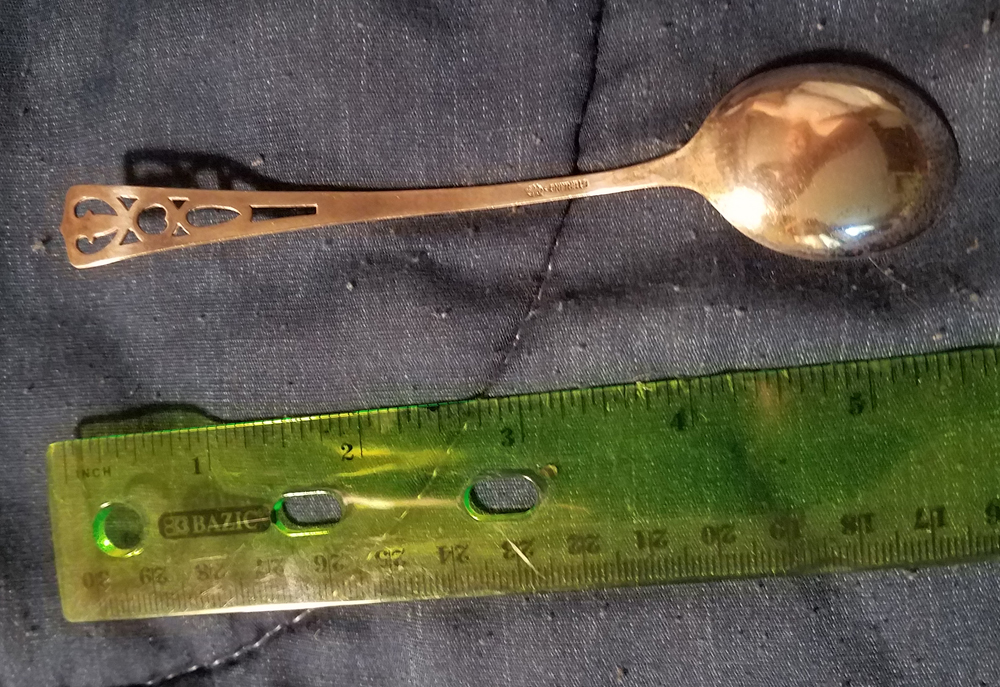 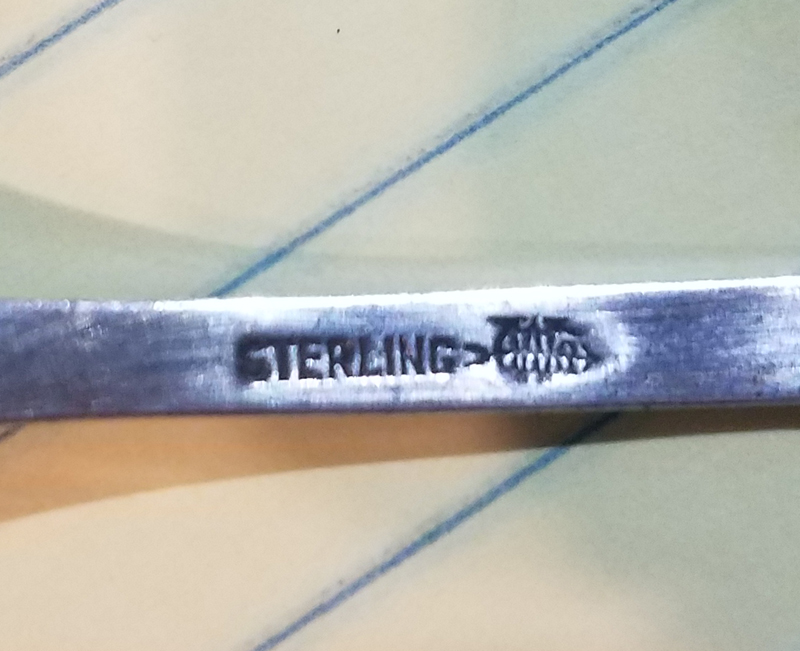 The exact spoon is listed on Etsy for $27.50 – Silver Spoon on Etsy

All photos of our Webster silver spoon were taken by Lisa Shea and copyright to Lisa Shea.