I love this photo! This is a photo of my dad, George Anthony Waller, when he was quite young. He’s with his mother, Jane Warren Waller. She was born December 4, 1924.

On June 30 1945, when she was 20, she married a returning WWII veteran, George Frank John Waller. She had just graduated college a few weeks earlier.

The location was known as “Trailer Village Number 15”. Many of these popped up to house the returning WWII veterans. 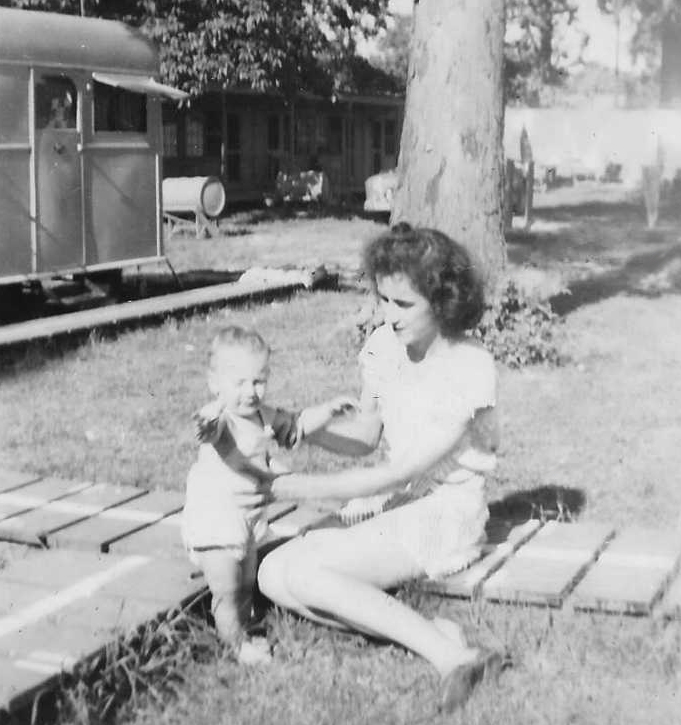 Before that, they lived at “Trailer Village Number 8” also in Martin, TN.